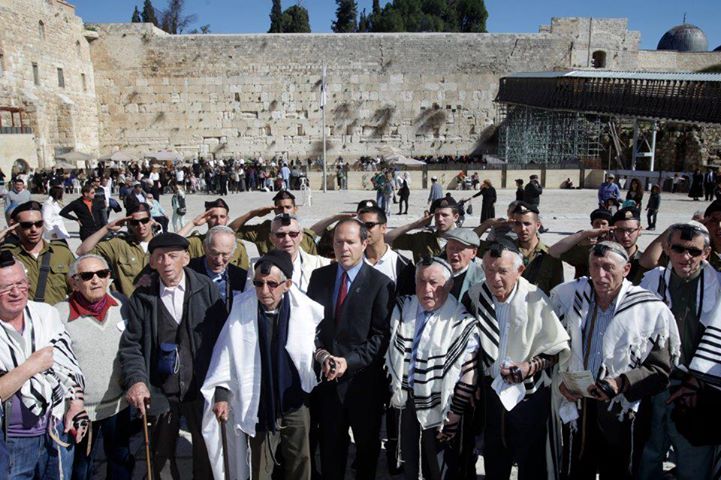 A unique Bar Mitzvah ceremony took place at the Kotel - ot for thirteen year old kids, but for a group of Holocaust survivors


A unique Bar Mitzvah ceremony took place at the Kotel Monday. The ceremony was not for thirteen year old kids, but for a group of senior citizens – the youngest of them 80 years of age – who were in concentration camps or on the run in World War II-era Europe when they were 13. After many decades, the members of the group were finally able to celebrate their special day.

Speaking to Arutz Sheva, members of the group said that the ceremony and celebration were “very emotional for us. Who would believe we would be able to celebrate a Bar-Mitzvah?”

“When I was 13 I was in a death camp,” said one of the survivors. “I never dreamed I would celebrate my Bar-Mitzvah.”

“For me, it is the closing of a circle,” said another participant. “Better late than never.”

“For us, it is the celebration not just of a Bar-Mitzvah, but of the victory of survival,” said another participant.

The celebrants expressed their thanks to the Kotel Heritage Center for arranging the event.